It seems like forever ago that the entire work force was sent home from their offices to hunker down and try to be productive while waiting out the pandemic. While telecommuting is not a new word, companies have always considered it an experiment and been very slow to embrace it. For years, telecommuting or working from home, either partially or full time, was seen as a perk in the recruiting process. Fast forward to March 2020 and suddenly telecommuting became the status quo.

This begs the question, with employees now needing the ability to plug in at home and remain productive and collaborative, what does the future of the home office look like? I thought the article below from the Wall Street Journal had some very creative ideas on how to solve our ever-evolving office dynamic. Some of these ideas have traction and some are just still a little too science fiction. Here are my thoughts:

I still think physical office space will continue to be the primary way companies conduct business going forward. But I think it’s safe to say work-from-home is here to stay. This is just the tip of the iceberg on creative ways to unchain the employee from their current office desk.

Call or email me if you have any thoughts on this trend.

WHAT WILL REPLACE THE DESK?

With remote work expected to become more common and office spaces set to be redesigned for more collaboration, it may be time to reinvent the humble desk. Here are five replacements that could catch on in the years to come. 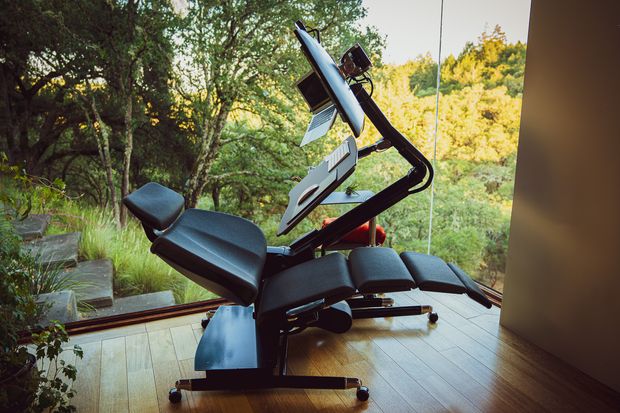 The startup Altwork has developed a ‘desk’ that lets the user work sitting, standing or lying down.
Lying Down on the Job
Even as laptops have replaced typewriters, today’s desks remain flat surfaces that often encourage slouching. Bay Area startup Altwork has plowed more than $10 million and 80,000 hours of research into about 15 prototypes and 10 patents for a workstation that CEO Che Voigt says acts as an extension of the body. It consists of a dentist’s-office-style reclining seat, with an attached computer monitor stand, laptop stand and magnetic desk surface, all of which adjust with the push of a button as the user stands, sits or lies down. The magnetic surface holds a magnetic keyboard and mouse so they don’t fall off. “If it’s not comfortable, you can’t do your best work,” says Mr. Voigt. Altwork offers two models priced at $4,650 and $7,650 and has shipped 1,000 units world-wide since 2016, he says. Mr. Voigt hopes future versions will be able to monitor stress levels and provide cooling and heating.

Related: The Death of the Office Desk Is Upon Us

The Workspace on Wheels 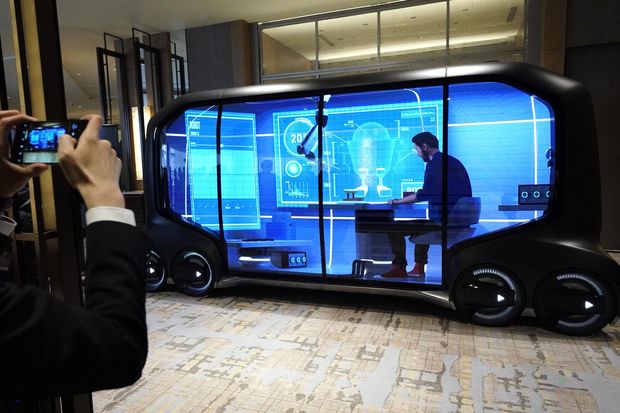 The Future of Everything
A look at how innovation and technology are transforming the way we live, work and play.
What if the office comes to you? Toyota Motor Corp. recently said it aims to make its e-Palette autonomous shuttle, which it says could be used as a mobile workspace, available for commercial use in the early 2020s. A company spokesman declined to provide additional details. Toyota has said the low-to-the-ground electric vehicle will come in three sizes ranging from 13 to 23 feet long and that its flexible interior design will allow uses from on-the-road stores to offices on wheels. Development partners include Amazon.com Inc., Pizza Hut and Uber Technologies Inc. But workers won’t be speeding down the highway sitting at a desk anytime soon. John Absmeier, chief technology officer of auto-part supplier Lear Corp., which isn’t involved in the e-Palette, says that as long as collisions remain a feature of the urban world, autonomous pods will stay confined to company and university campuses or tightly regulated parts of a city. 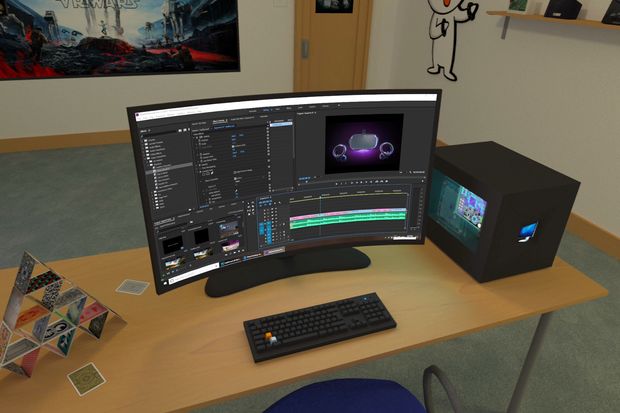 The Virtual Desktop application relies on virtual-reality headsets and hand controllers to give users access to a virtual version of their workspaces.
PHOTO: VIRTUAL DESKTOP

Remote workers may soon find themselves putting on virtual-reality goggles to send emails, attend videoconferences and edit spreadsheets. Virtual Desktop, an application created by Canadian developer Guy Godin, allows users to visualize and interact with their computer while using hand controllers that double as a mouse, re-creating a kind of virtual office from anywhere with an internet connection. Those used to working on multiple screens can visualize them all, an improvement over ferrying boxes of equipment or hunching over a laptop when working remotely. Users keen on a change of scenery can modify their digital environment and work from a beach or the top of a skyscraper. The app sells for $14.99 or $19.99 depending on headset types and has been downloaded about half a million times since the first version launched in 2016, Mr. Godin says. 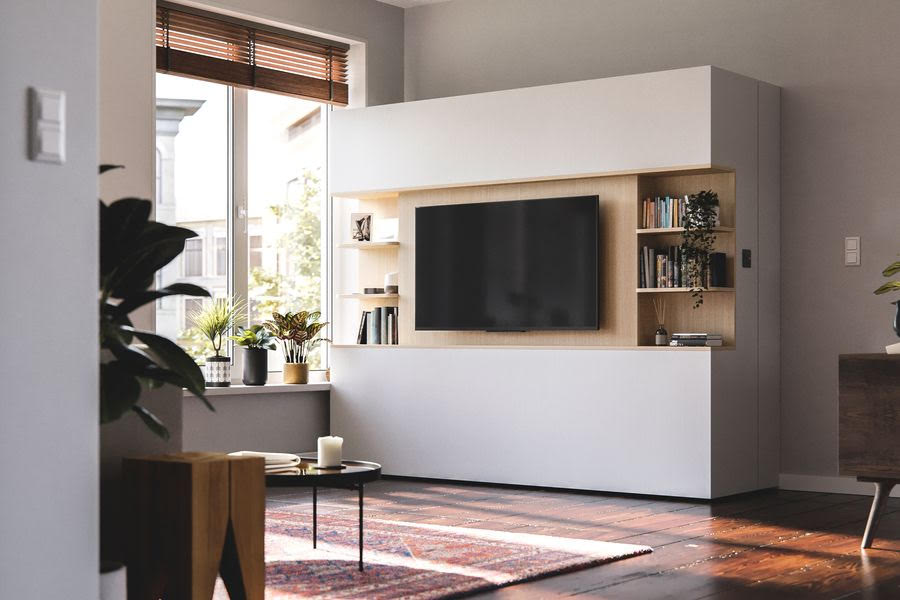 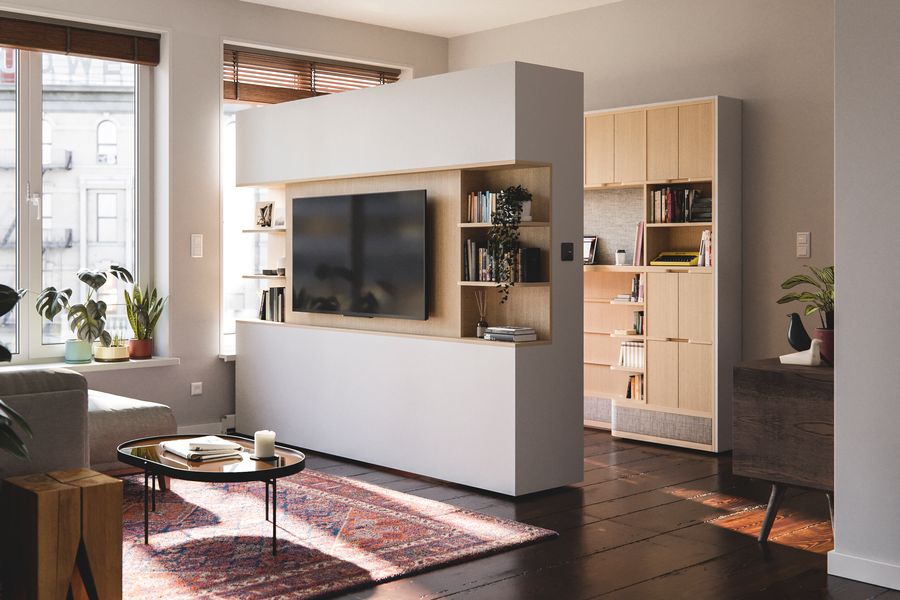 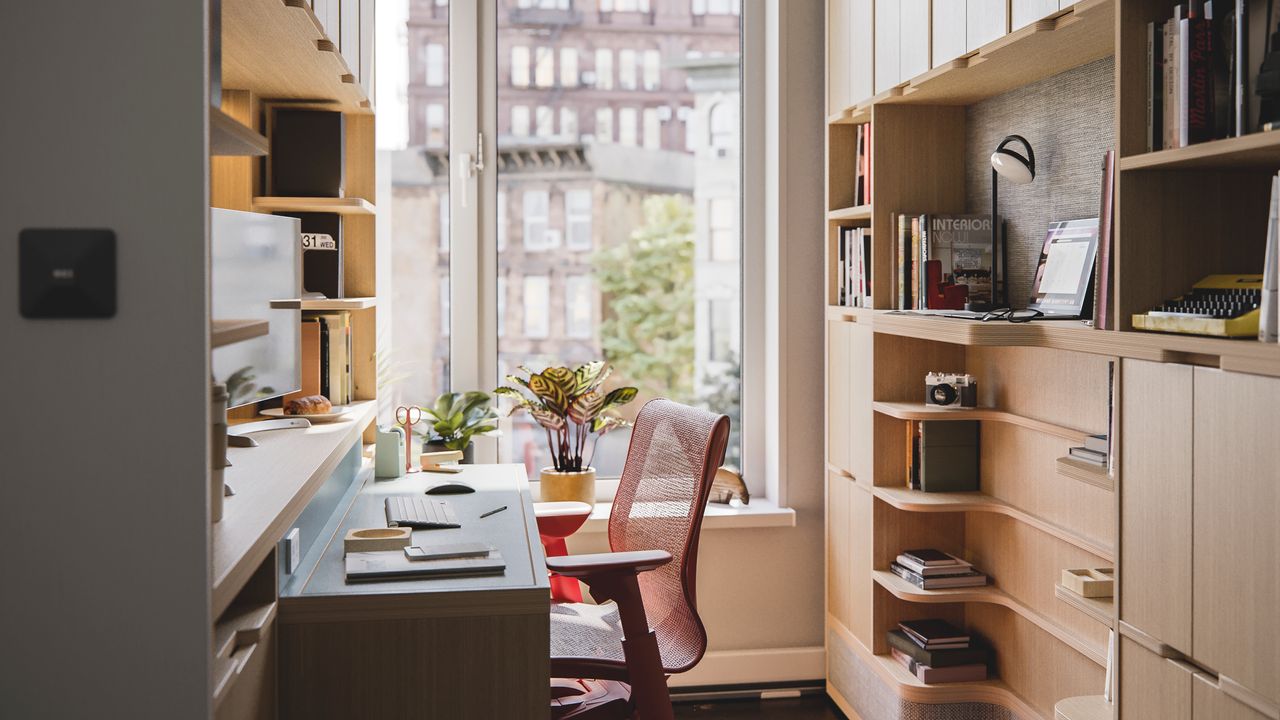 Ori’s system consists of two shelving units that split down the middle along a rail to create an office space. PHOTOS: ORI(3)

In the near future, your apartment may have an office hidden in plain sight. Ori, a Boston-based startup, has designed a system consisting of two shelving units about 7 feet tall that, at the push of a button, split down the middle along a rail to create an office space. Users find both a sitting desk and a standing desk built into the shelves, as well as closets and lighting. Another push sends the first unit about 6 feet back to meet the other again, and the extra room vanishes. “It almost has that psychological benefit of being like, ‘OK, I’m done with work,’” says Hasier Larrea, Ori’s founder and CEO. At the moment only real-estate developers can purchase the system for prices ranging between $6,000 and $9,000, according to Ori.

A Desk for Nomads 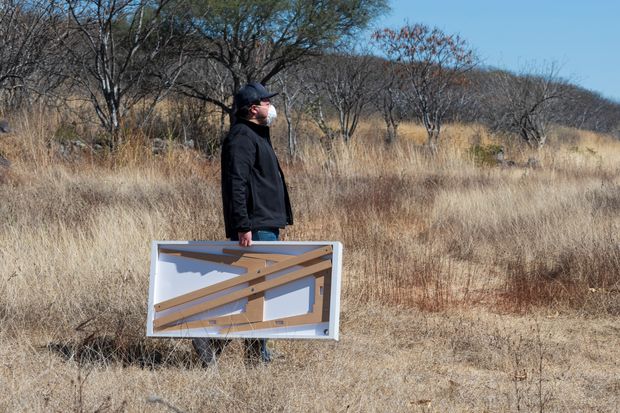 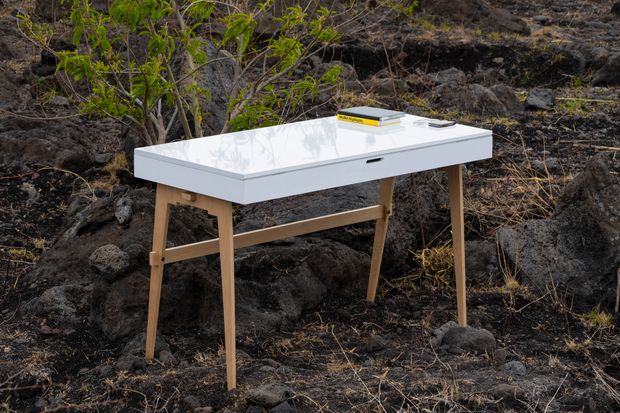 Mr. Tovar sees it as a companion desk that workers can travel with or bring to the office
PHOTO: ENRIQUE TOVAR

A few years ago, Mexican architect Enrique Tovar saw a documentary depicting the lives of “digital nomad” workers plopping their laptops on coffee tables and airport sofas around the globe. This inspired him to create a desk that would suit an ambulant way of life. The “Nōmada” desk he designed last year is made of a 47-by-23-inch white polymer top that fits two pairs of removable, wooden legs joined by two crossbars. A round handle affixed to the plastic top makes it easy to transport the desk, which weighs roughly 26 pounds—about the weight of a folding bike—and fits in the trunk of a car. “I wanted to transfer the principles of flexibility and adaptability to a furniture piece,” Mr. Tovar says. He says he sees Nōmada as a companion desk one can travel with or bring to the office. Although he has no intention of mass producing the Nōmada, the architect says he plans to construct 50 units priced at about $375 each.

Related: The Death of the Office Desk Is Upon Us