In my business, I get to tour some pretty incredible buildings and spaces. (Check out the narrative I did on World’s Most Beautiful Offices of 2019). I am always fascinated by the creative thinking and precision that goes into designing and constructing buildings and office space to make the culture within the company actually come to life.

Below is a great article on the creative processes of four brilliant architects. Each was a pioneer in their own right, but they approached their designs in very different ways, with different mentalities and processes.  However they all had one thing in common, they were constantly striving for perfection.

Living in Arizona, I’ve been lucky enough to visit a few of Frank Lloyd Wright’s buildings, including his home at Taliesen. If you haven’t been yet, I highly recommend taking a tour and getting inside the home and mind of this genius.  Give me a call if you’d like to discuss further.

The Creative Process of the Four Pioneers of Modern Architecture 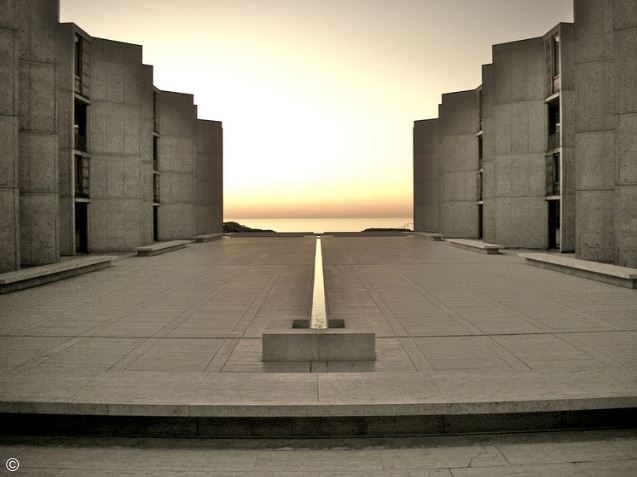 The Architectural realm has always been torn between artistic and rational cosmos. During our architectural studies, we are rarely given one specific methodology with which we can approach a project, resulting in diverse outcomes and methods of designing. However, in order for us to discover our personal stand, we must look back at the logic and philosophy of the great pioneers who influenced architecture before us.

Le Corbusier, Mies van der Rohe, Frank Lloyd Wright, and Louis Kahn are four of the most notable architects to date. Read on to find out more on the creative process of these four leaders of the modern era, and why their projects and practices are still influential to our modern times.

Le Corbusier and the Program 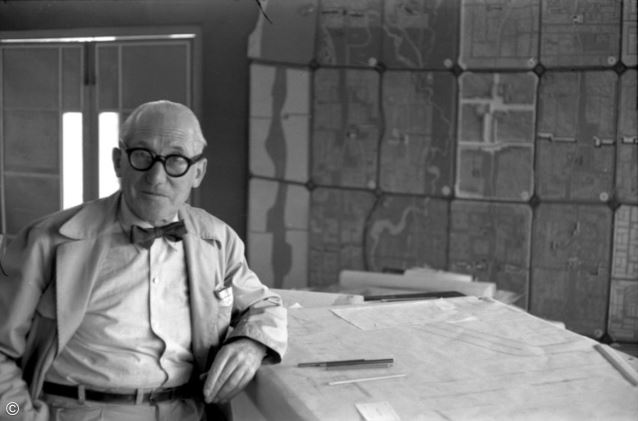 Le Corbusier, perhaps the most famous modernist architect, once said: “A house is a machine for living in”. The architect had a very scientific and rational approach when it came to initiating his creative process. With no prior influence by the teachings of his time, the self-taught architect always started with a similar method: he reflected on the program of the project. 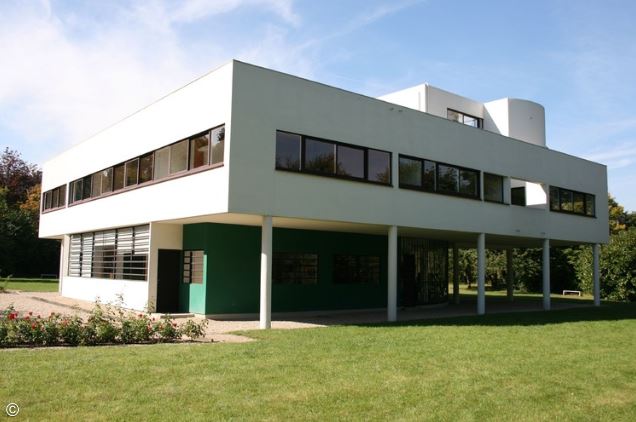 The Swiss-French architect believed that “to create architecture is to put in order. Put what in order? Function and objects.” In fact, Le Corbusier tried to distinguish and define what he called “organs”, or functions in other terms. These singular entities came together to eventually compose the plan.

Moreover, his process didn’t stop there. He also determined the circulation and structure as elements. The site, according to him, was part of the whole program. Wherever the project was or whatever the final result might have been, Le Corbusier always started his logical reasoning by discerning the 3 main entities being the organs, the structure, and the circulation. 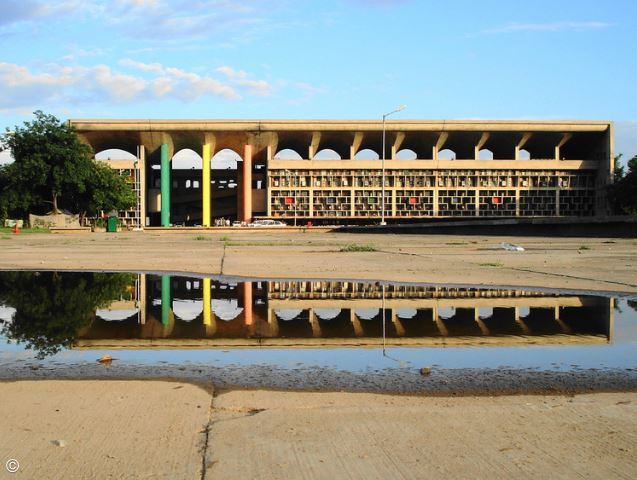 Later on, the reasoning of the architect grew drastically with the introduction of his famous 5 points of architecture. “Modern life demands, and is waiting for, a new kind of plan”, said Le Corbusier. The bearing walls fell apart and were replaced by pilotis, liberating the ground floor and landscape. This move ensured high flexibility in the interior, offering never-ending options for the composition of the space, and the envelope consequently. A roof-garden replaced the so-called lost space on the ground level. Finally, also because of the liberation from the supporting walls, windows on the façade were widened and grew horizontally, insuring abundant daylight. According to Le Corbusier, “light creates ambiance and feel of a place, as well as the expression of a structure.”

Mies van der Rohe and the Constant Search for the Truth 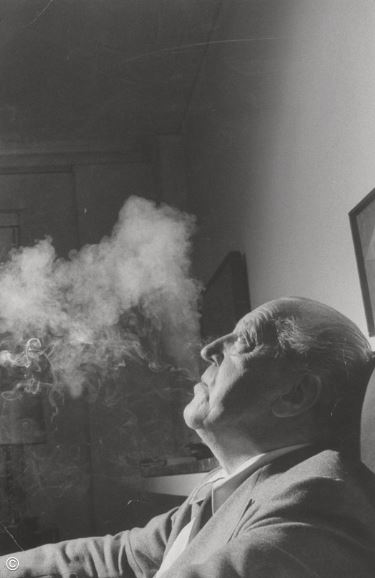 Ludwig Mies van der Rohe influenced the masses. The German-American architect had a long fruitful life where he was able to experience with opinions and architecture. He changed his design approach at least 5 times throughout his career, resulting in different types of architecture.

While he started at an early age by defending standardization, he went through periods of minimalism, eras of glorification of the matter as the core of the architectural project, and ended with a very spiritual and philosophical method. The only consistency is his continuous search for the question or the problem of his time. He was always trying to tackle the current problems and find solutions in what he called the truth of the epoch. “Architecture is the will of an epoch translated into space,” said the architect. This relentless alteration in his reflection is rooted in his endless quest for the truth. Times changed, issues changed and the questioning of the architect changed. For the veteran, the answers to the residing problem of the period can be achieved through architecture. 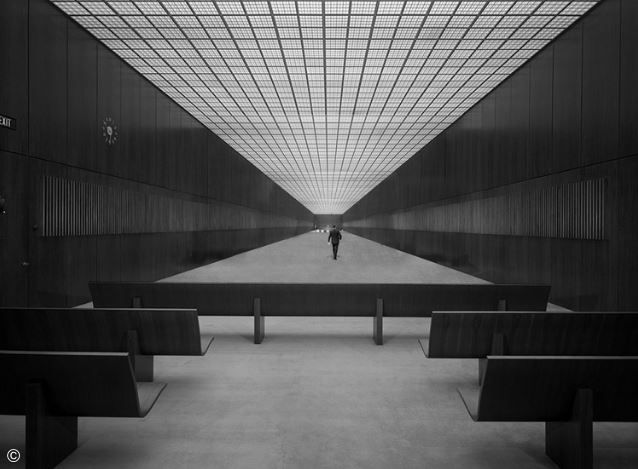 Stripping down architecture to its purest form, Mies van der Rohe observed from afar, the bigger contextual picture. Although very rational, he affirmed that it is a matter of a philosophical concept, related to the timing context. “It is not an architectural achievement that makes the structures of earlier times seem to us so full of significance but the circumstance that antique temples, Roman basilicas, and even the cathedrals of the Middle Ages are not the works of single personalities but creations of entire epochs,” he admitted. 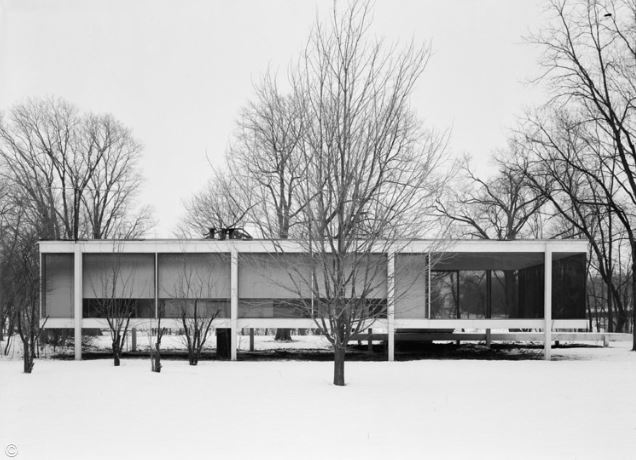 Architecture is achieved through a whole and not only through a plan, meaning that structure and form are interlinked pieces. Finally, his theoretical approach was about linking the elements of the composition, “Architecture starts when you carefully put two bricks together. There is begins”: authenticity of the form, value of the function, essence of the material. 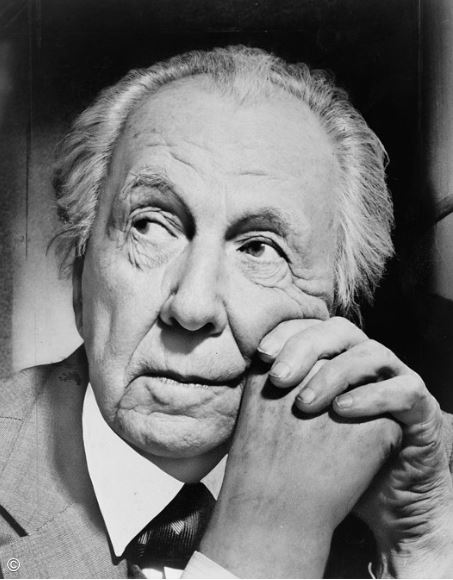 With an interview with Mike Wallace in 1957, Frank Lloyd Wright explained his vision and stated that “the answer is within yourself. Within the nature of the thing that you yourself represent, as yourself. And Jesus said it, I think when he said, “The kingdom of God is within you. That’s why architecture lies, that’s where humanity lies, that’s where the future we are going to have lies.” Organic architecture was first introduced with him. Deriving from the natural world, it was a reinterpretation and not an imitation through the acquisition of the logic that drove the natural space. 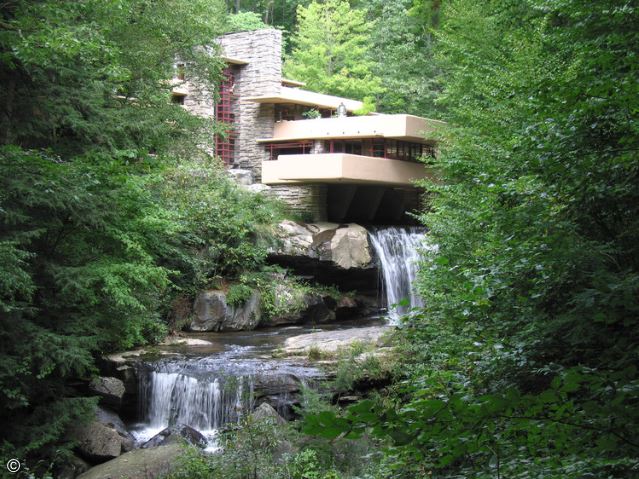 According to the architect, organic architecture is a structure that has specific rationality behind its development, connected to its space and time. Just like a system, it has all of its parts connected to each other, in other words, the building and the site are intersect entities with an unbreakable spatial continuity, that can only crumble when one entity is removed from the composition.

For the one that “believes in God, but spells it Nature”, architecture should be integrated into its site just like a living organism, and a building should be integrated into its era, whatever that era is, in order for it to be convenient for the human being occupying the space. This is only achievable through the creation of a bond with the site. 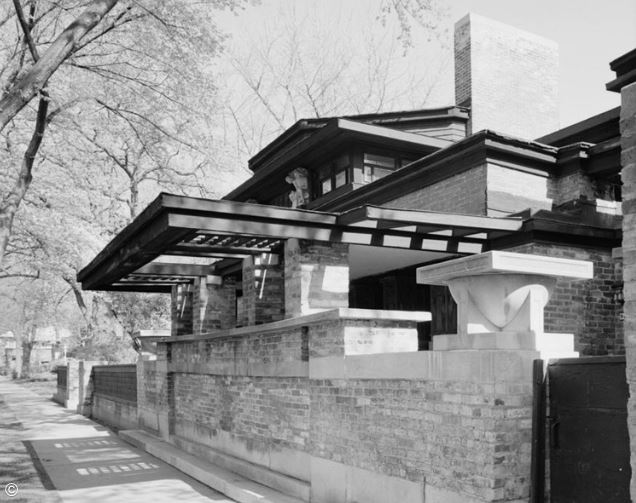 The creative method of Wright dictates basically an organic approach to any project. “A good plan is the beginning and the end because every good plan is organic. That means that its development in all directions is inherent inevitable”, meaning that there is no process outside of the organic architecture. The edifice, therefore, acts like an organism part of the environment, that can only exist in specific circumstances, and that cannot be dismantled or reassembled anywhere else, diverging totally from the earlier know-how of his century, and from the standardization philosophy.

Louis Kahn and the Spiritual Value 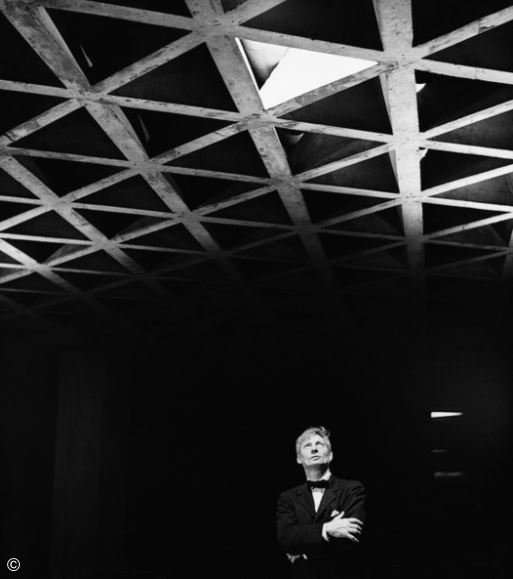 After being focused on his academic path and researches for most of his life, Louis Kahn started his career relatively late. His early studies of architecture were dictated by a French professor, which enabled him to master the concepts of the Beaux-Arts. His architectural upbringing encouraged him to find inspiration in history. While some consider him to be the last of the modernists, others saw him as the first postmodernist. Nevertheless, Kahn reinterpreted the past and did not copy it. 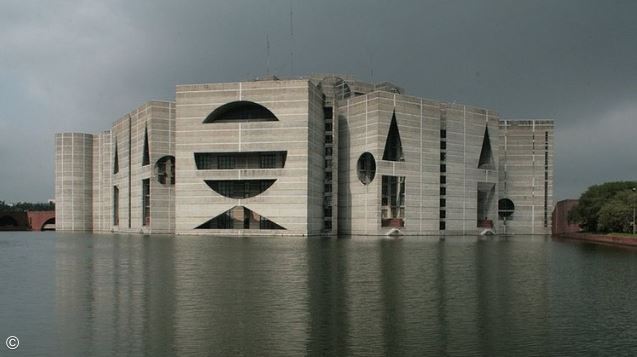 The Kahn method consists of drawing conclusions to propose a new architecture that makes “sense”, based on the teachings of the past. He always used the material as is and as honest as can be. The Architect always started with a square as a base for his conceptual creation. He explained that “I use the square to begin my solutions because the square is a non-choice, really. In the course of development, I search for the forces that would disprove the square…”. His architectural process was therefore triggered by the square, and when in doubt, also managed to reactivate his creativity.

In fact, Louis Kahn’s progression’s course can be translated through a choice of a simple form, an authentic material, a methodical succession of spaces, and modeling with the natural light. In order to generate spaces with very specific characteristics, Kahn introduced architectonics systems, volumes in the center of the composition. Finally, for Kahn, architecture is a composition of simple elements, reacting together, existing through their reflection of light. 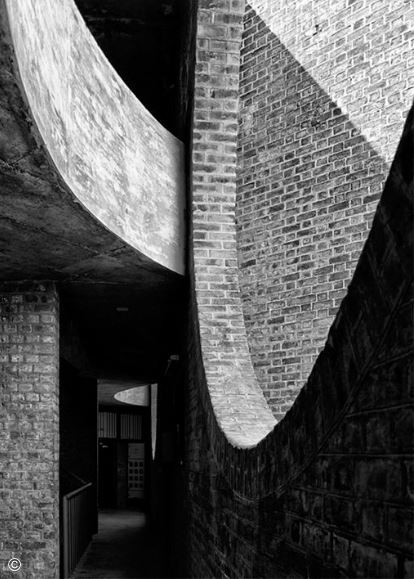 On another hand, Kahn explained that the room is “the beginning of architecture. It is the place of the mind. You in the room with its dimensions, its structure, its light responds to its character, its spiritual aura, recognizing that whatever the human proposes and makes becomes a life. The structure of a room must be evident in the room itself. Structure I believe is the giver of light. A square room asks for its own light to read the square. It would expect the light either from above or from its four sides as windows or entrances.” This spiritual value that space seemed to have in Kahn’s approach was the determining factor for the materials used, the openings created, the colors chosen, the distances between elements, the ratio, etc. It was a question of value and quality of the function.