Over the past few months of quarantine, the most asked question my team and I have received has been, “Will there even be a need for office space in the future?”   Short answer: Yes.

Below is a great article from the Wall Street Journal that summarizes some of the critical issues facing companies as we stretch the time workers are not in the office.   While you can review my highlights below or read the whole article, here are some LONG term reasons why companies will need offices:

Culture—Try creating an authentic, fulfilling culture with Zoom. It doesn’t happen—at least, not without constant effort.

Loyalty—From both sides, employers can and have laid off remote workers without a second thought and we know employees who do the same.

Learning—In our own team, we have a mandatory saying I took from Stoneridge:  White belts work side by side with Black belts.  What that means is, we all sit together and our whole team works, learns, and improves together.

I know I am in the business of office space leasing. With that bias, I remain confident that office space tenants will be back in the office (yes, there will be modifications) for the long term.

I would love to hear your thoughts or your company’s thoughts on the issue, contact me if you would like to discuss further.

Projects take longer. Collaboration is harder. And training new workers is a struggle. ‘This is not going to be sustainable.’

Four months ago, employees at many U.S. companies went home and did something incredible: They got their work done, seemingly without missing a beat. Executives were amazed at how well their workers performed remotely, even while juggling child care and the distractions of home. Twitter Inc. TWTR -2.34% and Facebook Inc., among others, quickly said they would embrace remote work long term. Some companies even vowed to give up their physical office spaces entirely.

Now, as the work-from-home experiment stretches on, some cracks are starting to emerge. Projects take longer. Training is tougher. Hiring and integrating new employees, more complicated. Some employers say their workers appear less connected and bosses fear that younger professionals aren’t developing at the same rate as they would in offices, sitting next to colleagues and absorbing how they do their jobs.

Months into a pandemic that rapidly reshaped how companies operate, an increasing number of executives now say that remote work, while necessary for safety much of this year, is not their preferred long-term solution once the coronavirus crisis passes.

“There’s sort of an emerging sense behind the scenes of executives saying, ‘This is not going to be sustainable,’” said Laszlo Bock, chief executive of human-resources startup Humu and the former HR chief at Google. No CEO should be surprised that the early productivity gains companies witnessed as remote work took hold have peaked and leveled off, he adds, because workers left offices in March armed with laptops and a sense of doom. 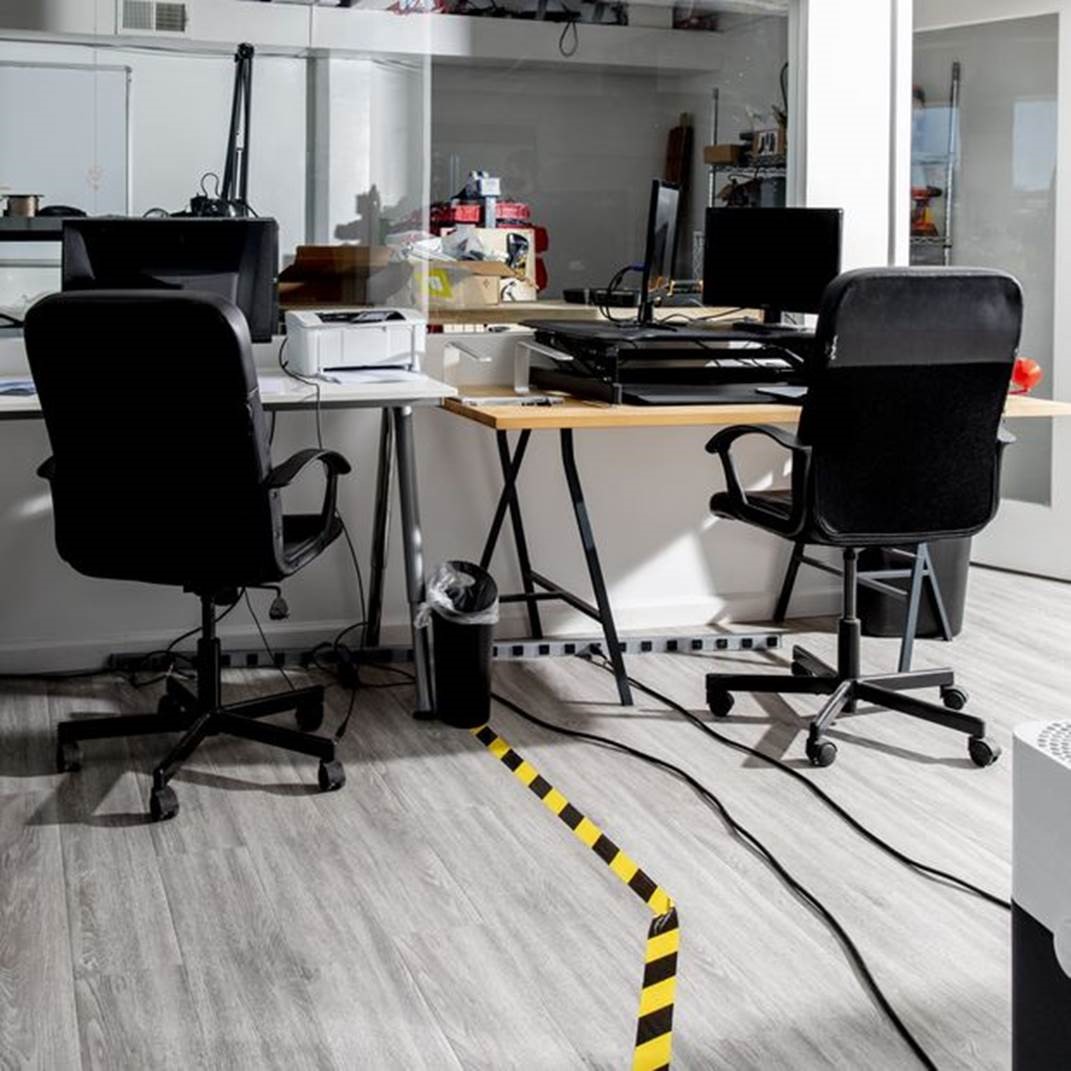 “It was people being terrified of losing their jobs, and that fear-driven productivity is not sustainable,” Mr. Bock said.

Few companies expect remote work to go away in the near term, though the evolving thinking among many CEOs reflects a significant shift from the early days of the pandemic.

“You can tell people are getting fatigued,” said Peter P. Kowalczuk, president of Canon Solutions America, a division of copier and camera giant Canon Inc., which employs about 15,000 people across the country.

Mr. Kowalczuk, who worked for months out of a bedroom in his home, went back to Canon’s U.S. headquarters in Melville, N.Y., in early July. Now, no more than 50% of the company’s employees are coming into work at the 52-acre office campus, which features two ponds and a walking trail, and typically includes more than 11,000 staffers in a single building.

Returning is voluntary, Mr. Kowalczuk said, and requires answering a series of health questions on an app the company created, called Check-In Online, before getting approval to drive in. The company has also blocked off desks to allow for greater distancing, stepped up cleaning and created a rotating schedule so that staffers come in on alternating weeks.

“We’re really a face-to-face business,” he said. “I don’t think offices are dead.”

The nature of what some companies do makes it tough, if not impossible, to function remotely. In San Francisco, startup Chef Robotics recently missed a key product deadline by a month, hampered by the challenges of integrating and testing software and hardware with its engineers scattered across the Bay Area. Pre-pandemic, they all collaborated in one space.

Problems that took an hour to solve in the office stretched out for a day when workers were remote, said Chief Executive Rajat Bhageria. “That’s just a logistical nightmare,” he said. 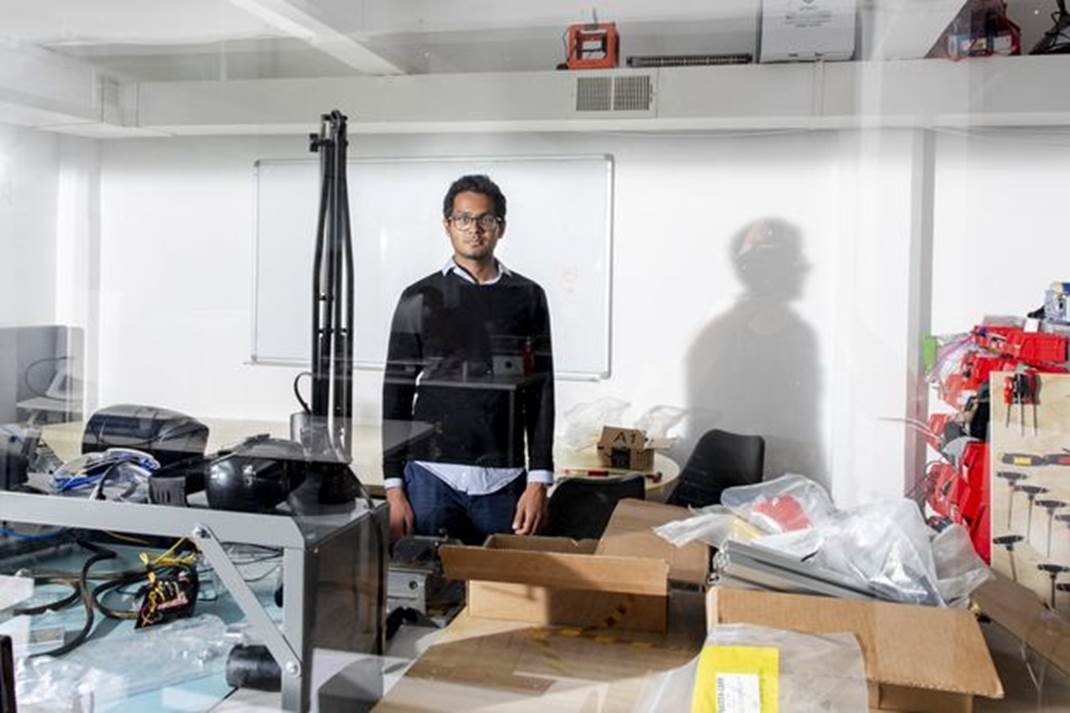 Chef Robotics had little choice but to make do. Its office space could not accommodate all eight full-time employees and allow for distancing. For a while, Mr. Bhageria invited four people in at a time, on a voluntary basis, to work together.

“We tried it,” he says. “It’s just not the same. You just cannot get the same quality of work.”

Chef Robotics moved in mid-July to a new office in the South of Market neighborhood with double the square footage, better ventilation and non-communal restrooms. 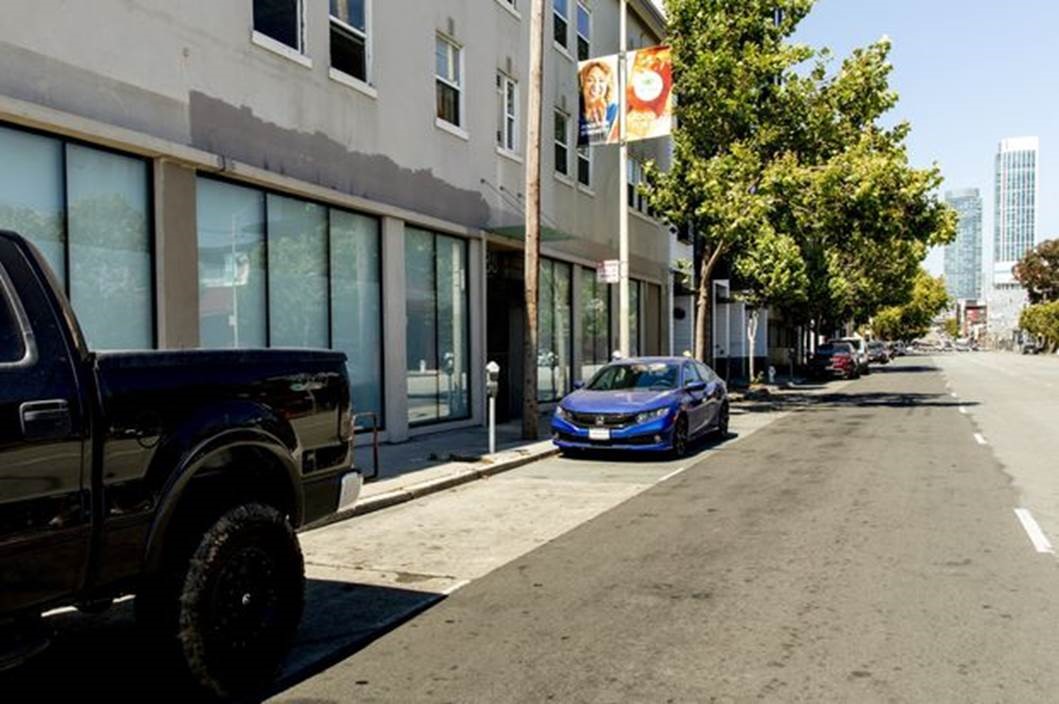 The San Francisco building where Chef Robotics has its offices.

Teams physically building a product need to be together, Mr. Bhageria said. “There’s this thrill of being a little hacky group of people, on a shared mission, in a startup, with little money, eating pizza and ramen.”

The Boston-based video technology firm OpenExchange, which helps run large, online conferencing events, is going a step further to bring employees together. Workers on the company’s European team said they could benefit from some in-person interaction during this time of huge growth at the company. So in late July, OpenExchange is renting a house in the English countryside, with about 15 bedrooms, so many of its employees can live and work together, while still distancing. In some cases, family members are coming along.

It’s important to have people in a room and see body language and read signals that don’t come through a screen, says Mark Loehr, the CEO, noting the event is optional. “They’re going to do their work there—modestly, individually, sometimes in group rooms—but try to meet together for breakfast, lunch and meals,” he says. “And maybe out on the lawn, just to know each other.”

One benefit of working together in person, many executives said, is the potential for spontaneous interactions. Mary Bilbrey, global chief human resources officer at real-estate giant Jones Lang LaSalle Inc., returned to her Chicago office in early June, as the company reopened its spaces. She noticed that she was soon having conversations with peers that wouldn’t have happened in a remote set up—a discussion sparked by a passing question in the hall, for instance. “They weren’t going to think about scheduling a 30 minute call to do it,” she said.

Commercial real-estate firms like JLL stand to benefit from a widespread return to office work. For now, the length of most office leases means that most companies are unlikely to move away from physical offices immediately. The majority of U.S. office leases are eight years or longer, according to an analysis by credit-rating agency Moody’s Investors Service. In an early July report, analysts noted that they didn’t expect an exodus from offices, despite popular claims that offices were now dead.

More companies now envision a hybrid future, with more time spent working remote, yet with opportunities to regularly convene teams. CompuCom Systems Inc., the IT service provider owned by Office Depot, may institute “core hours” for its employees, similar to office hours that professors hold on college campuses. The idea under consideration is that teams would agree to come together for a limited time on certain days of the week to bounce ideas off each other, collaborate and strategize, says CompuCom president Mick Slattery. Online education provider Coursera expects half of its 650 employees to work “blended” hours once the pandemic passes, with staffers spending three days a week in the office and the rest remote, says Chief Executive Jeff Maggioncalda. 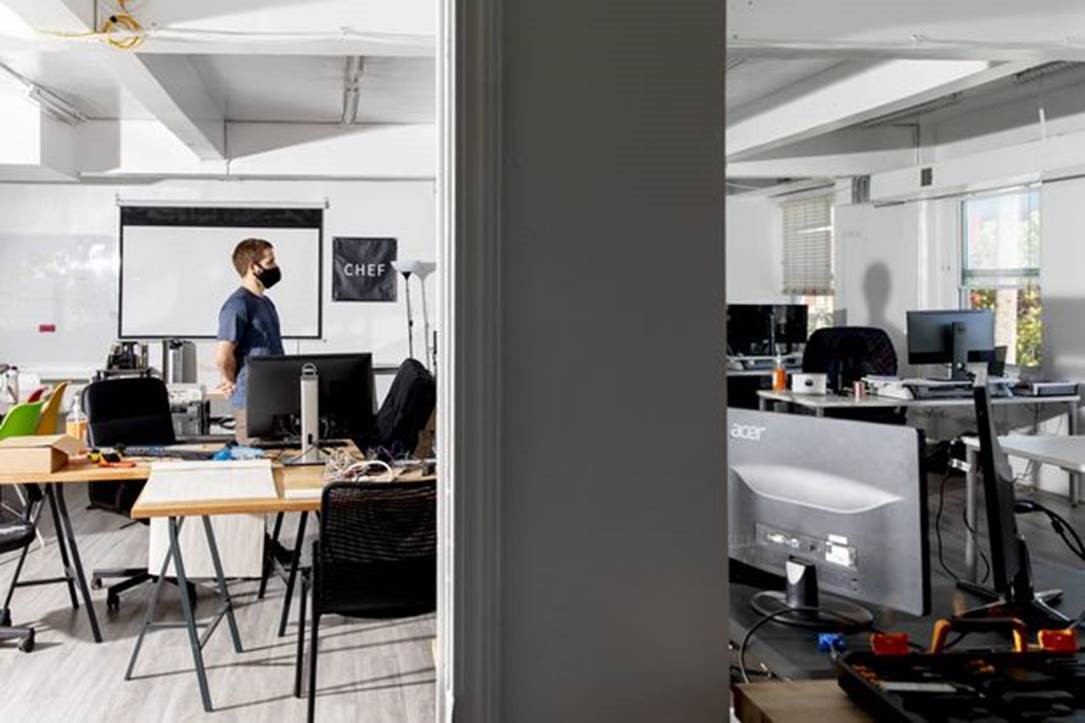 The toll of extended work-from-home arrangements is likely to affect career development, particularly for younger workers, several executives said. At Stifel Financial Corp., which employs more than 8,000 people around the world, junior employees learn how to underwrite deals or develop pitch books by sitting beside more experienced colleagues and watching them work, said Chief Executive Ronald J. Kruszewski. That’s hard to do remotely.

“I am concerned that we would somehow believe that we can basically take kids from college, put them in front of Zoom, and think that three years from now, they’ll be every bit as productive as they would have had they had the personal interaction,” said Mr. Kruszewski.

In March, Stifel transformed from eight group trading desks to more than 180 separate trading locations. Dozens of staffers fanned out to smaller office locations in Connecticut and New Jersey, and some people set up work-from-home stations using secure cloud technologies.

Mr. Kruszewski said the company didn’t miss a beat, but when the pandemic has passed, or there are viable treatment options, employees will be recalled from their alternative locations.

“Our traders need to be together,” he said, adding that, at a broader company level, employees benefit from interaction. “We’re missing things, and that will become more evident over time.”

And then there’s the challenge of training employees who began work after the pandemic began and have had to work remotely from the start. At Discover Financial Services, thousands of new call-center workers and other employees have come on board since March, said Andy Eichfeld, chief human resources and administrative officer.

Most of those new employees have never worked in a Discover office. Customer-service agents who once got six weeks of in-classroom training now must learn the information remotely. They don’t have the same casual day-to-day opportunities to ask more experienced workers for help or advice that they would if they were working in the same office, even as the company has tried to connect people virtually. New employees in marketing and analytics roles haven’t been able to quickly pick up company jargon and shorthand in meetings, leaving some of them lost.

“If you were physically on site, you might have someone physically whispering, ‘Hey, that means this.’ We don’t have that here. So, it’s taking longer for the new employee to understand what’s happening,” he said.

In a recent company survey, less than a third of Discover employees said they want to work from home permanently, though many said they would like the flexibility to do it sometimes, which the company plans to offer. Without the interactions that define office life, Mr. Eichfeld worries that Discover’s culture will gradually fray, which is why he’s eager to get workers back together once it is safe.

“It was easier to go remote fast than most people would have ever imagined,” he said. “That doesn’t mean it’s great.”