As the wealthiest people in the world continue to grow their wealth, they are looking more and more at Commercial Real Estate for their portfolios.  We are now seeing the uber-wealthy put 6-25% of their portfolio into CRE.  This is a big trend because the rich are getting richer.
Here are a few stats:

Below is an article from the end of last year that explains this trend in greater detail.  Capital markets is not our core business. We represent office tenants.  You can still call or email me for more on the state of the capital market and NNN leased properties, as I have a personal interest in these trends.

Coppola-Cheney helps our clients navigate the commercial real estate industry. I am proud to have the 2018 President of the Arizona Chapter of the National Association of Industrial and Office Properties (NAIOP) as my partner.  Congratulations, Andrew.

Craig
602.954.3762
ccoppola@leearizona.com
PS –  It’s the finale of The Bachelor-NAIOP Edition Season 2. Who will win the rose and the heart of the deal? It’s a shocking turn of events in the final episode of the season.  And it’s a must-watch video. 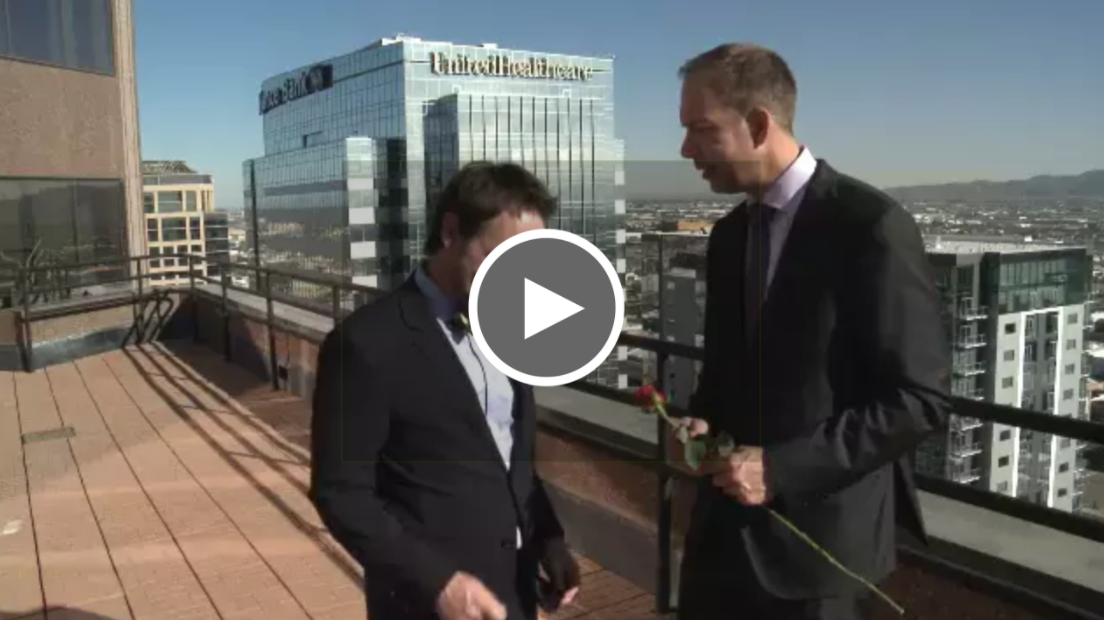 Part 1: How HNWI Invest in CRE

By: David Bodamer and Diana Bell

The world’s wealthiest individuals keep getting richer. That bodes well for commercial real estate, which continues to hold a place in the allocation strategy for high-net-worth and ultra-high-net-worth individuals and family offices.

Global high-net-worth investor wealth is projected to nearly triple in size from 2006 to 2025 to surpass $100 trillion by 2025, according to data from Capgemini. The population of high-net-worth investors grew 4.9 percent in 2015, the most recent year for which data is available, while their wealth grew 4.0 percent.

Exclusive research from NREI’s survey on high-net-worth investors  (HNWI) shows that these players still hold real estate in high regard, although reaching them, educating them about the intricacies of investing in the sector and meeting their sometimes aggressive return expectations all pose challenges for commercial real estate pros.

HNWI have a variety of options for investing in the sector. A majority of respondents (54 percent) say those placements come in the form of investments in private real estate equity funds. Other popular options include direct investment in either multi-tenant or single-tenant netlease assets, according to 45 percent and 36 percent of respondents respectively. Options that are less common, according to respondents, include club deals and crowdfunding (each at 13 percent) and investment in non-traded REITs (16 percent).

But according to some survey respondents, such investors are placing high demands on fund operators.

They “have forced private real estate investment funds like ours to show exceedingly high projected returns before considering a new investment,” one respondent wrote.

“One profile of investors prefers single-tenant properties with long-term credit leases and/or multi-tenant legacy infill product in dense locations, such as in West L.A., to hold long-term. These investors know returns are low on these types of assets, but are pursuing a generational strategy for preservation of capital,” says Don MacLallen, senior managing partner at Faris Lee Investments, which represents HNWI when they search for retail properties. “Another profile of investors is looking at higher cash flow properties with intrinsic low rent from low price per square foot. [They] want to get higher yield by taking advantage of low interest rates. These cash flow investors are looking into secondary locations.”

Part 2: How to Reach HNWI
One of the biggest challenges from the real estate side of the equation is getting access to high-net-worth investors (HNWI) looking to make allocations to the sector.

“Access is through intermediaries who often are reluctant to invest with newer sponsors,” one respondent wrote. “Also, the huge amount of capital being invested with a small number of big name firms (Blackstone, Starwood, etc.) makes it difficult to compete.”

Another respondent talked of the “layers of advisors” that you have to work through, most of whom are “not fully conversant in the intricacies of commercial real estate.”

Another obstacle is that it can be difficult to find investments that fit what HNWI are looking for. They often want low-risk, high-yield plays, which are difficult to come by given the intensely competitive investment landscape for real estate assets.

Respondents also pointed to the need to educate HNWI on some of the nuances of playing in the commercial real estate space, getting them to understand the basics of real estate investment, rates of return and illiquidity.

“They understand (or at least think they do) equity investments, but many do not have the experience or patience to understand complex real estate transactions,” one respondent wrote. “For example, [they don’t understand] why they can’t take their money out six months after they invested.”

Another respondent wrote that real estate professionals working with HNWI must ensure there is “a comprehensive strategy and understanding of both what the real estate is intending to do, and how it knits with the overall portfolio.”

“Many HNW investors have acquired their real estate assets … on an opportunistic basis, with little regard to how it meets their family objectives,” the respondent noted.

The plus side to working with HNWI, however, is also substantial. For one, they represent a large and growing pool of capital. Moreover, given that investment decisions are made by an individual or a small group in a family office, there can be greater speed and certainty of deal completion when deal objectives are clear.

Part 3: What Do HNWI Want from CRE?
The biggest objective respondents identified for high-net-worth investors (HNWI) in buying real estate was preservation of wealth. On a scale of 5, wealth preservation scored 4.5 in the survey. But other options were close behind. Those included income production (4.0), asset value growth (3.9), tax purposes (3.6) and estate planning (3.5).

While many respondents said that these factors have not changed in the past 12 months, others said they have seen some shifts.

Several respondents argued some HNWI have put a greater emphasis on income production. One respondent argued that “income has become more important as other investment yields remain low and as cap rate compression starts to slow down.” Another said that worries of a coming “flat decade” for equities, along with low bond yields, have led to increased interest in real estate’s income-producing potential.

That echoes what some expert observers are seeing as well.

“We continue to predict real estate is starting to be much more about income,” says Yolande Barnes, director of world research for Savills. “Part of this is a function of the difficulty getting yield from other investments like bonds. Most HNWI have already invested into store of wealth asset investment. Now they are paying much more attention to income-producing properties.”

Yet, conversely, other respondents said that volatility, uncertainty and a sense that the real estate cycle has peaked has led to wealth preservation rising in importance as a goal for real estate investment. It’s “become a more important goal as the cycle has peaked and Trump was elected, resulting in increased uncertainty,” one respondent wrote.

Other objectives respondents identified for HNWI included 1031 exchanges, wealth augmentation and having self-control of investments, unlike with stocks and bonds.

One respondent said the objectives ultimately vary with the investors themselves.

“I work for a HNW individual who is all about maximizing returns and is willing to embrace the risk,” they wrote. But “our biggest outside investor, also HNW, is backing off of his risk profile and focusing more on preservation of wealth.”

Another respondent argued that the uncertainty introduced by the election of Donald J. Trump had likely changed the dynamic. “Preservation of capital has probably moved to the top of the list,” they wrote. Another echoed that statement writing, “The election has caused some urgency to seek brick-and-mortar security.”