Here is an interesting idea: a database of buildings you own and whether or not they are occupied. Seem simple? Turns out, not for the federal government. Estimates show they may own up to 77,000 buildings that are empty or not fully utilized. The cost to keep them amounts to more than $1.7 Billion per year.

So, why not put out a contract to a commercial real estate company to update, correct, and even maintain a database for the GSA if they cannot figure it out? Within 12 months, they could solve this problem. 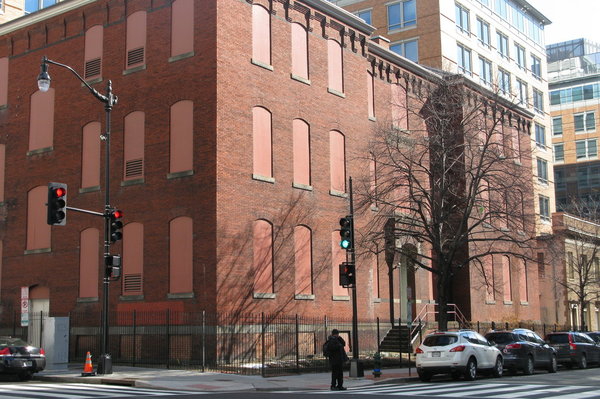 A 132-year-old building owned by the federal government, just six blocks from the White House, has been sitting empty for three decades. Laura Sullivan/NPROn a street corner in downtown Washington, D.C., David Wise is opening a century-old iron gate in front of an old, boarded-up brick building.

Wise is an investigator for the Government Accountability Office, the government’s watchdog group. His mission is to figure out why the government owns so many buildings, like this one, that it doesn’t use. 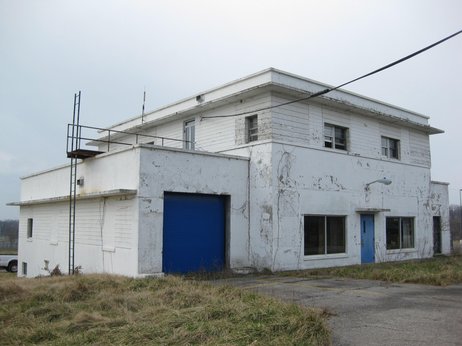 The General Services Administration owns a firehouse in Baltimore with a moldy interior and collapsed ceilings. According to a government report, it hasn’t been used in more than a decade. Courtesy of GAO

The 132-year-old brick structure is sitting on prime real estate six blocks from the White House. It was once a school, but it’s been vacant for almost three decades.

“All the walls are peeled, there’s collapsed ceilings, there’s moisture problems. It runs pretty much the gamut,” Wise says.

Government estimates suggest there may be 77,000 empty or underutilized buildings across the country. Taxpayers own them, and even vacant, they’re expensive. The Office of Management and Budget says these buildings could be costing taxpayers $1.7 billion a year.

That’s because someone has to mow the lawns, keep the pipes from freezing, maintain security fences, pay for some basic power — even when the buildings are just sitting empty.

“To see a building that’s 28,000 square feet, just boarded up three stories — it’s really a shame not to have it … put to a use that would be of benefit to taxpayers and citizens as a whole,” Wise says.

An Unreliable List
But doing something with these buildings is a complicated job, partly because the federal government does not know what it owns.

Wise and his colleagues have been using the only known centralized database that the government has, the Federal Real Property Profile, and it’s not reliable, he says. 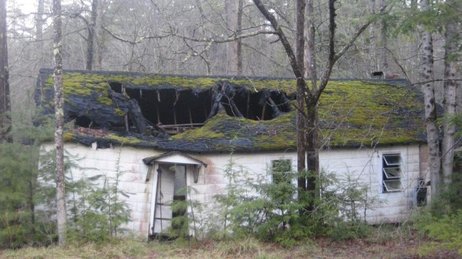 This federally owned cabin in Great Smoky Mountains National Park in Tennessee was reported in the Federal Real Property Profile database as being in excellent condition. Courtesy of GAO

Some buildings listed as being in great shape had trees growing through the roofs. And many buildings weren’t even on the list.

Sen. Tom Carper, a Democrat from Delaware, is one of the lawmakers pushing to get a clearer picture.

But Carper says that even when an agency knows it has a building it would like to sell, bureaucratic hurdles limit what it can do. No federal agency can sell anything unless it’s uncontaminated, asbestos-free and environmentally safe. Those are expensive fixes.

Then the agency has to make sure another one doesn’t want it. Then state and local governments get a crack at it, then nonprofits — and finally, a 25-year-old law requires the government to see whether it could be used as a homeless shelter.

Many agencies just lock the doors and say forget it.

A warehouse in Fort Worth, Texas, owned by the General Services Administration, has been vacant since 2008 and cost nearly $475,000 to maintain in 2010. It was sold the following year. Courtesy of GAO

Carper has introduced legislation to streamline the process. “We know what we’re doing right now doesn’t work,” he says.

Saving Space
A panel made up of the Office of Management and Budget and other agencies is trying to tackle the problem. But the keeper of the property database is the General Services Administration.

Dan Tangherlini inherited it when he took over as GSA administrator two years ago. Tangherlini says he wants to see an accurate list so agencies don’t wind up leasing space when they could use an empty government office somewhere.

“We’re not arguing that the data can’t be better and [that] it shouldn’t be better. In fact, we’re working really hard to make it better,” he says. “But we’re really interested in making it useful.”

He also wants to know which agencies can shrink their workspace, like the GSA did. Tangherlini’s predecessors had a 1,600-square-foot office with floor-to-ceiling carved walnut paneling and silver-plated chandeliers. Tangherlini turned it into a common area that any employee can use. His office is now a large room with 50 GSA officials sitting at desks.

The downsizing was part of his agency’s consolidation plan to get rid of old office buildings and save $24 million, he says.

“I think that people would have detected the cognitive dissonance if I had been sitting in that office, telling them how they have to save money by saving space,” he says.

Tangherlini says space-sharing is the future for government agencies. They just have to figure out where all the space is — and whether or not it’s empty.