With recent massive growth in online shopping, retailers are making drastic changes to their in-store strategy. Currently, one-third of all malls cannot afford to pay for just the maintenance of their properties. This is causing a huge shift in how tenants change their value proposition.

– Brands are putting more of an emphasis on in-store experiences.
– Tenants are converting space that was once used for merchandise to areas for social and physical activities.

It’s working. For some of these tenants, revenue has doubled and customer/brand loyalty is way stronger. Below is a good case study on Bandier, one of those tenants who has made drastic changes to their in-store strategy.

Want to know more about how to utilize your space in a creative way? Give me a call.

Craig
602.954.3762
ccoppola@leearizona.com
In the Graveyard of American Malls, Bandier is Re-Imagining the Brick-and-Mortar Store
Retailer Bandier created a space where people could hang out, take a barre class, and grab a juice. Buying yoga pants is an afterthought.
By Elizabeth Segran 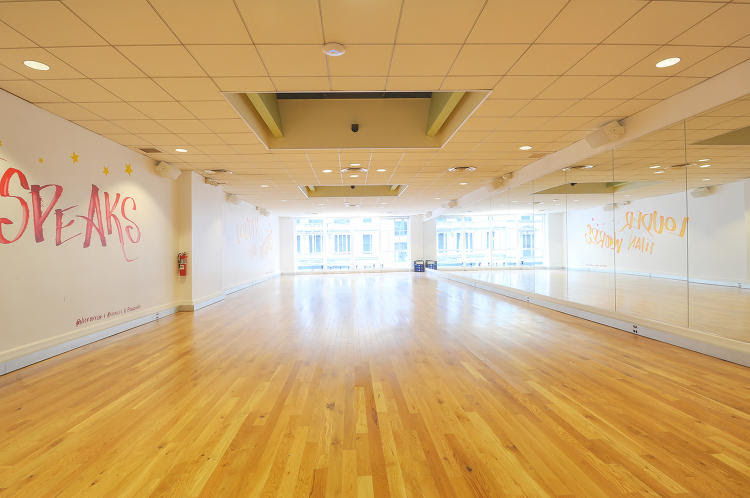 America’s malls have been dying for years. Of the nearly 1,200 enclosed malls in the U.S., one-third are doing so poorly that they aren’t generating enough money to pay for the maintenance of the structures themselves. Part of this decline can be traced to the Internet. Now that consumers can easily buy products online, brick-and-mortar retail stores can’t afford to simply serve as showcase rooms, only to see visitors buy the very products they offer from Amazon at lower prices. They need to offer exceptional in-person experiences to keep customers coming, buying in, and returning to their stores.

In the midst of this graveyard of malls, new retail concepts are emerging. In New York, for instance, there’s been a rise in multi-use stores. At Molasses Books, you can leaf through coffee-table books while drinking a beer. At Community 54, you can play vintage video games while buying mens’ streetwear. At Blind Barber, you can get a cocktail before you get a shave.

Bandier, the two-year-old upscale activewear boutique, has recently put its own spin on the hybrid store. At the start of this year, it opened a three-story, 10,000-square-foot store on Fifth Avenue. However, only the ground floor contains racks of apparel and sneakers for sale. The entire mezzanine is a lounge space for customers to hang out, listen to music, and attend events or concerts. Go up another flight of artfully graffiti-tagged stairs, and you’ll arrive at Studio B, where well-known fitness instructors from the city, such as Nicole Winhoffer and Akin Akman, offer yoga, barre, boot camp, and dance classes for a fee.

In the middle of New York Fashion Week, on some of the most frigid days New Yorkers had experienced all year, hordes of well-dressed people were looking for some respite from the cold in between shows. And while many flocked to trendy coffee shops and hotel lobbies, a few hundred congregated in the Flatiron district at Bandier’s newest retail location, which specializes in designer yoga pants. The second floor of the building had been decked out with mats and pillows for people to meditate. Throughout the week, different DJs and yoga instructors were brought in to the space. Customers mingled over drinks from the Butcher’s Daughter cafe, which had set up a temporary juice bar. 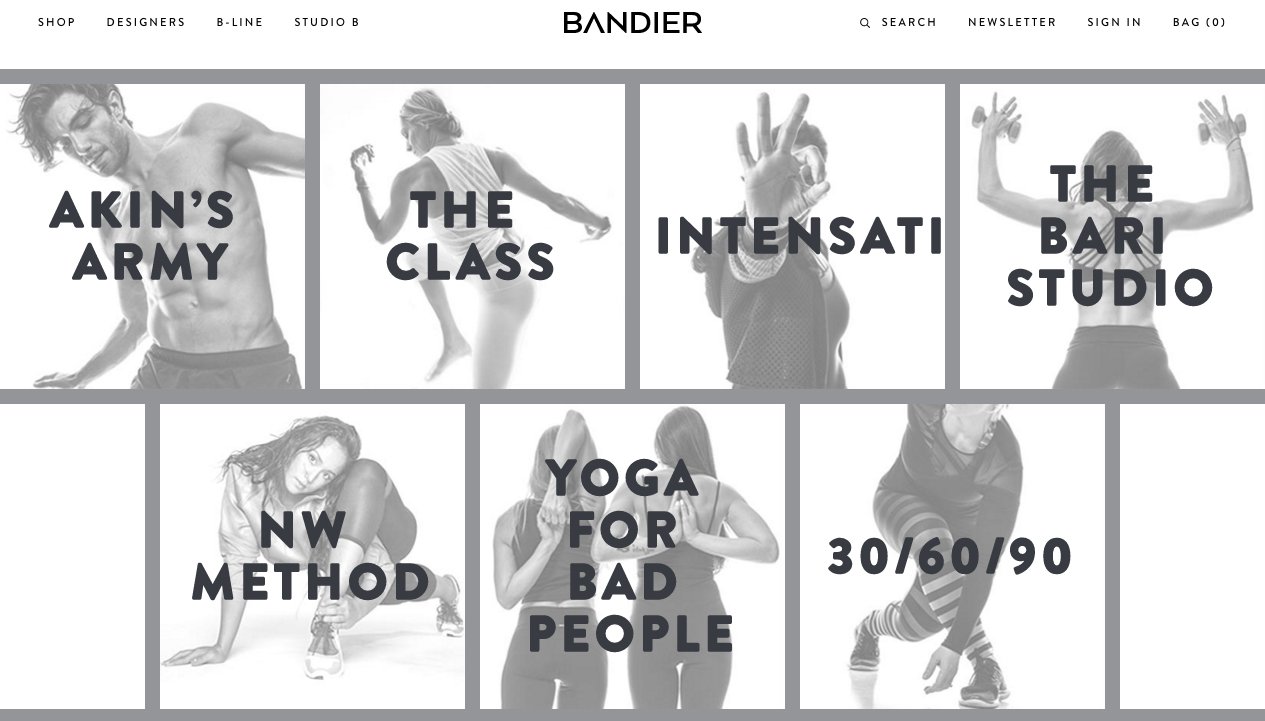 “Our goal is not to make the studio a primary revenue stream,” says Ashleigh Hults, Bandier’s director of marketing and communications. “We’re really interested in creating a reason for customers to come to the store several times a week. We’re seeing people spend their entire Saturday at the store.”

Bandier is part of a larger trend of activewear stores offering classes to encourage customers to come in regularly. Lululemon and Yogasmoga, for instance, have been inviting people to come in for free yoga classes or group runs for years. But Bandier is keen to take things a step further by creating even more opportunities to foster a community around its brand. Some of us, after all, want the virtuous feeling of working out at the gym while we’re actually shopping for shoes. 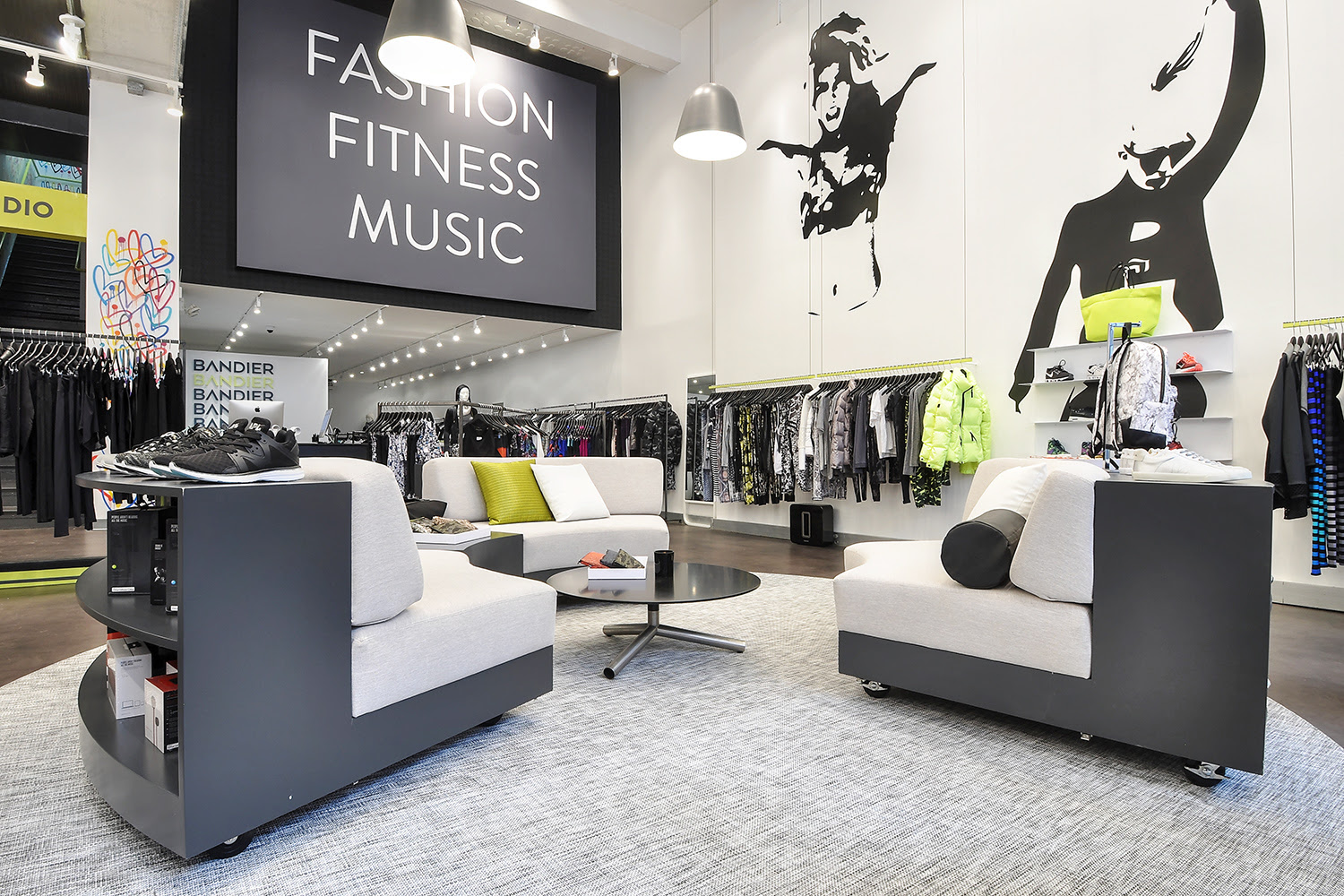 While many brands have found a way to create a sense of community on Instagram or Facebook, Bandier seeks to translate this experience into a living, breathing community in New York. “Given that you can do so much from your computer or smartphone, one of the great questions of our time is, What are the experiences you actually need to leave your home for and go see for yourself?” Neil Boyarsky, Bandier’s CEO, says.

He points out that a brick-and-mortar store needed to offer more than a mere physical space for selling products. Boyarsky wants people to associate his brand with not only fashionable activewear, but also a whole world of experiences connected to wellness surrounding fitness, nutrition, and special activities. “We want to be seen as a curator of the fitness world,” Boyarsky says.

By shifting the focus away from retail alone, Bandier has seen a huge increase in revenue. Boyarsky says that first-quarter sales in that location have doubled since last year, back when Bandier’s Flatiron store had a much smaller shopfront. Foot traffic there has also doubled, he says: Of the hundreds of customers who come in for an event or to attend a class, a significant proportion will pick up a new sports bra or T-shirt.

Bandier regularly partners with brands that are aligned with the company’s own. During Fashion Week, for instance, the company hosted activities in partnership with Serene Social, an organization that focuses on wellness and conscious living. More recently, Bandier collaborated with the fitness community Tone It Up to offer a morning workout followed by a breakfast that drew in more than a thousand visitors to the store. High-profile activewear brands have also used the store to preview their collections to fashion editors.

These efforts to create a lifestyle brand appear to be paying off for Bandier. Besides the growing sales figures, Hults says that customers are increasingly more engaged and loyal to the brand. One customer came into the store wearing a gold necklace that read “Bandier Girl.” “She had it made on her own,” Hults says. “People have been known to get tattoos of the logos of iconic brands. For us, this was similar: This woman really wanted to identify herself with the Bandier community.”